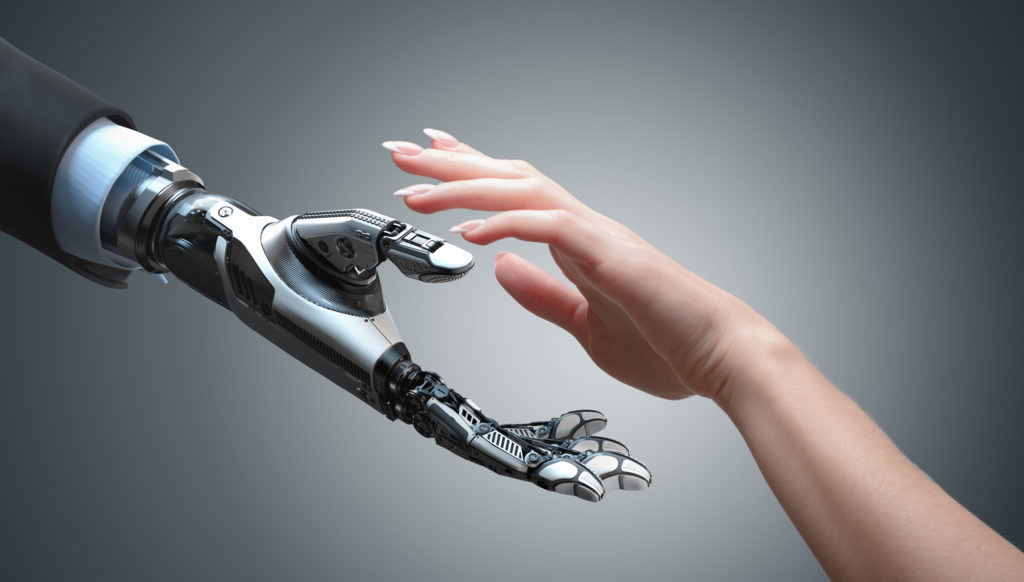 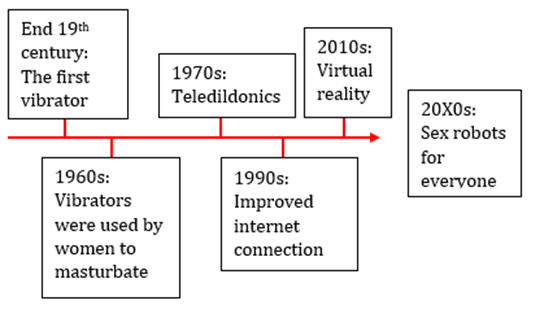 The arrival of improved internet connection was an undeniable breakthrough for sex and technology. People could now watch pornography and take part in roleplaying in online chatrooms [2]. Next was virtual reality (VR): technology that allows the consumer to watch pornography as if they were in the same room or even as a participator. Given the huge development in artificial intelligence, designers now focus on a new project: sex robots, sexbots for short.

Sexbots are robots designed to have sex and form a connection with humans [3]. This connection can be made because of their human-like behaviour: sex robots are designed to talk with humans, respond to touch, and move their head, eyelids and lips in a natural way [4]. This may sound futuristic, but in reality the American company TrueCompanion already put sex robot Roxxxy on the market. Roxxxy has five different personalities, customized hair and eye colour, and the ability to converse in English with humans. The first Dutch speaking sex robot was introduced in 2018 by manufacturer Mytenga. She is called Robin, has brown hair, brown eyes and speaks with a Flemish accent (figure 2). Mytenga and TrueCompanion are not the only companies to create sexbots. Multiple entrepreneurs all over the world are joining them in the race to design the best sex robot, similar to the race of designing the first fully autonomous driving vehicle. 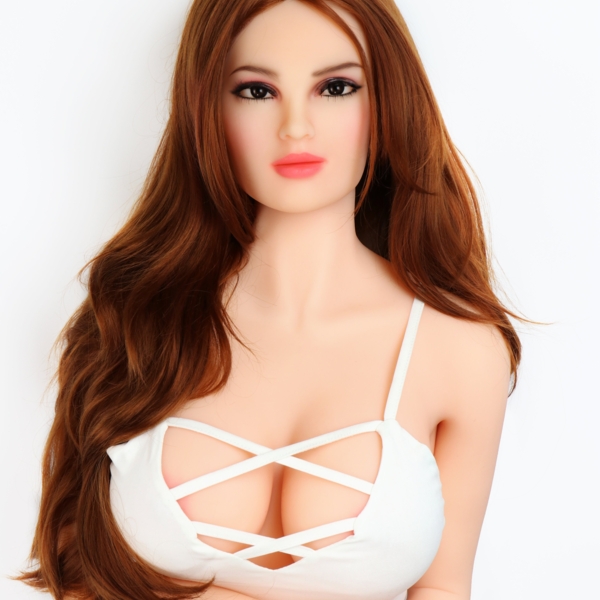 The introduction of sexbots into society has various advantages. For example, people with social anxiety or sexual inexperience could first practice on a sexbot before being intimate with a real person. Furthermore, lonely people, due to living in a rural area or being socially isolated, could use a sex robot to fulfil their social and sexual needs. An example in pop culture is the film Lars and the Real Girl (2007), where main character Lars has a sex doll as his girlfriend (figure 3). Sex dolls are sex robots that cannot move, speak a language or react to touch. However, lonely people finding comfort in having a sex doll as their partner suggests that sex robots could increase quality of life for those people as well. Sex robots also show promise for people with a certain mental or physical disability that have difficulty finding a partner. 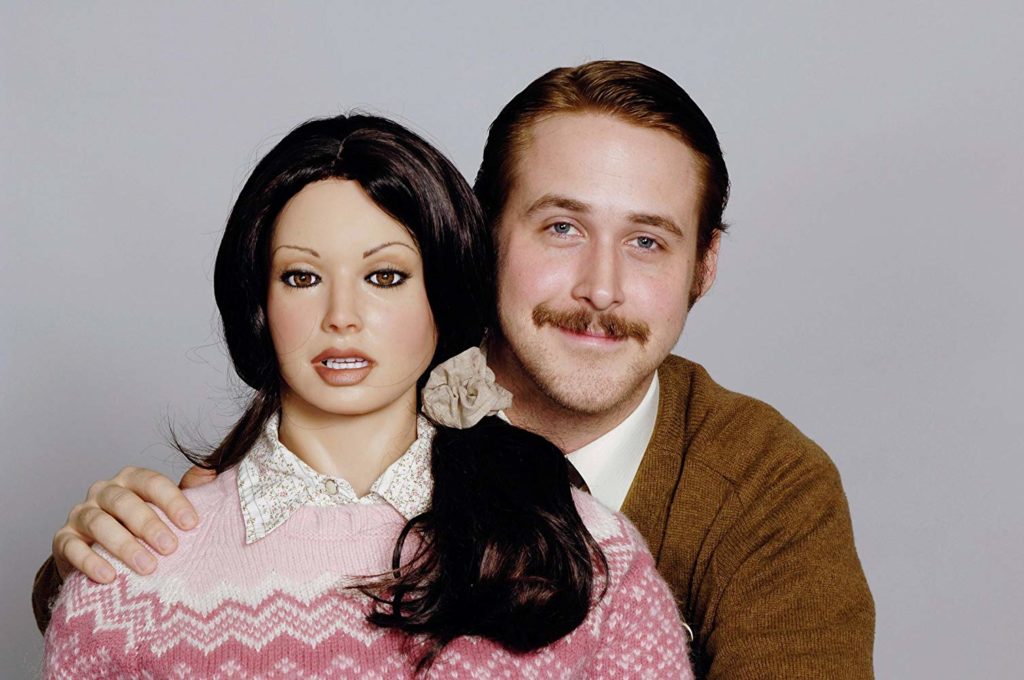 In addition, sex robots could be used in education and healthcare. To illustrate, sex therapists could use sexbots to treat men with erectile disorders or premature ejaculation problems. Sexbots could also be used to teach young adults consent. Imagine a female robot that will tell you to stop if you touch her when she does not want it and that only climaxes when you stimulate her appropriately.
Naturally, sex robots do not only have to be used by one person. People that share an intimate relationship might also find a sex robot useful and even fun. For example, couples that share the same fantasy to have a threesome might first practice with a sex robot. In long-distance relationships, people could have sex with a robot if they cannot see their partner(s), but still want to have sex. Sex robots could also open up new forms of sexual experience. Together, partners could discover new ways of experiencing intimacy with others and in general, introduce sexbots to their bedroom to spice up their sex life.

Of course, new technologies do not come without serious concerns that urge to think about ethical questions. One of the main concerns is that people will use robots to act out their darkest fantasies, such as rape and paedophilia. Consequently, these people might act out these urges in the real world more quickly, increasing the number of (children) victims of sexual abuse. However, there is no answer to the question whether sex with a child sex robot will fuel exploitation of real children, and it is not possible to determine its answer either, since that would result in a highly unethical study [6].
Another great concern is that sex robots will make men objectify and mistreat women. Given that sex robots can be customized to the buyerâ€™s preferences, these robots could be programmed to be extremely submissive and have disbalanced body proportions.
These two concerns ask for regulations that do not yet exist. The absence of such rules complicates law suits regarding sex robots and allows for child sex robots to be distributed. For example, over the course of two years, 42 child sex dolls were seized by Canadian border agents [7].
These and other concerns about sex robots horrify some so much that Kathleen Richardson, a British robot ethicist, started The Campaign Against Sex Robots [8].

The critique of sex robots and concerns about the effect of sex with robots are understandable. If indeed all doom scenarios are true, sex robots will have a deeply negative impact on society. However, it is important to keep in mind that technology is not inherently evil. Ethicists are right to be critical about sex robots stereotyping the female body and the serious complications around child robot sex, just like entrepreneurs are right to see the positive impact sex robots have on lonely people or couples.
A campaign against and ban on sex robots, however, will not solve concerns about sexbots. If anything, sex robots will very likely stay female and child sex robots will continue to be shipped across the border. To effectively confront these issues, we have to face them head-on and answer the questions surrounding sexbots ourselves. It is up to us to discover the possibilities of this new technology and create laws to remove all ambiguity concerning sexbots. To strive for a sex positive future, where women, men, and everything in between and beyond with various sexual preferences equally enjoy sexbots, a group of designers, ethicists, psychologists and entrepreneurs representing this diversity should play an active role in the creation of sex robots.

Mytenga uploaded an interview with sexbot Robin on YouTube https://youtu.be/_2JzbHN5LXQ